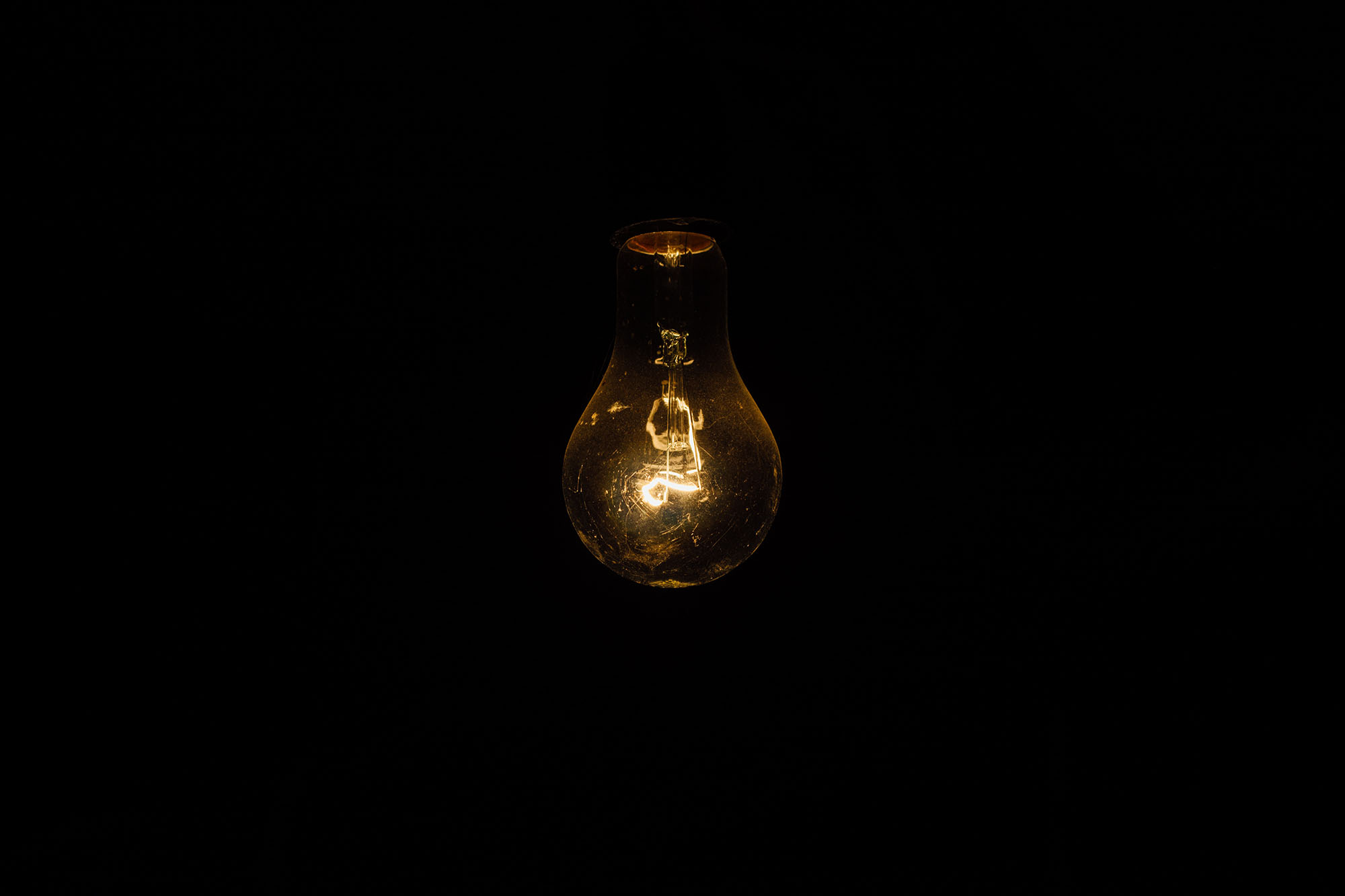 ArtMoi’s founder, Ryan Mayberry gives a TEDx talk about ArtMoi and the future history of art.

Thomas Edison. Marie Currie. The Wright Brothers. Albert Einstein. All names we are familiar with because of inventions and discoveries that have changed the world and the trajectory of our future.

The history books are full of individuals whose timely genius created a ripple effect of change to the world around them.

Each discovery paving the way for even more unbelievable advances in science and technology.

So let’s try to imagine what the world would be like if people like the Wright brothers or Albert Einstein were never born?

Well, truth be told.. We would still be flying around the planet and deeper into space. Someone else would have discovered that E=MC2

While the pace of these discoveries and timelines would be different, eventually, with time, we are destined to continue furthering our understanding of science and technology.

Let’s look at a few other individuals who influence our lives.

What would the world be like if Picasso was never born?

If these artists were never born.. Would the world ever know their art?

These people might not influence our understanding of science and technology but they help us understand our own soul.

In life and in death through their art and the creations they leave behind they help give people purpose.

The inspiration of an artist manifested into a something that can be shared and experienced by one person, and then the next.. And the next. And the next.

That experience. Of being inspired. Of not just seeing or hearing a work of art but also feeling it.

While it’s different from person to person it is not a stretch to say that most people find some sort of comfort and inspiration through their exposure to art.

I grew up in an art gallery. My father started his first gallery back in the 1970s and I was very fortunate to grow up surrounded by not only a lot of art but also getting to know a great many artists personally.

I got to see how artists lived. I learned about what motivated them to create. And I got to see other people be introduced to and fall in love with their work. I got to see both the motivation and the inspiration art can have.

I am also a huge nerd. I love computers and technology. I love writing code and using it to build things. To me there was a real artistry in that process.

Over the years I have learned something in my professional capacity as a coder and entrepreneur working both inside and outside the art world.

That is that, The art world operates counter productive to the rights and interest of the artists it celebrates.

In other words that one of a kind individual artist. The human beings who’s life stories and creations of which the art world revolves. Have very little influence on what happens with their work once it leaves their hands.

The art world can be broken down into 4 stakeholders

Each one of the stakeholders is codependent on the others. Remove anyone of them from the equation and the art world would not be able to function.

The estimated value of the global art market in 2016 was $45 billion dollars. Now a lot of people both inside and outside that Art world will focus on that number and suggest that the problem is an uneven distribution of that economy. The story of the “starving artist” living in poverty while their artwork goes on to be worth millions.

In my opinion when you look at the art world in this manner you’re actually missing out on the real starvation.

There is something besides money that all stakeholders in the art world have a very strong interest in. It’s called Provenance.

Provenance can be defined as “the chronology of the ownership, custody or location of a historical object”.

It’s basically the story behind a work of art. Where it was created and where it has been. It is the authoritative record of that work of arts history.

The point of creation generates the first pieces of provenance.. Title, medium, size, date of creation, attribution and copyright.

The market generates more provenance information when conducting both primary and secondary market sales as well as doing authentication and conducting appraisals for the purpose of insurance and estate planning.

Institutions, curators, researchers and historians further rely upon and create provenance information as they build upon their own collections and mandates.

Provenance is the key ingredient in understanding the history of art.

What artists are really starved for is the ability to have influence and authority over their own provenance.

Some of you may have played the telephone game in school. Where you and your classmates stand in a line and someone at the start whispers a phrase to the person next to them and it’s passed along from one person to the next. At the end of the line the phrase has inevitably changed.

This is essentially how provenance information is managed in the art world today.

As a work of art moves through the market especially in the early stages information gets easily lost and when it’s time for an appraisal or valuation more often than not the original provenance has become nothing more than “I inherited this painting from my uncle and I don’t know anything about it”.

The artist and their legacy .. is now gone.

The main source for early provenance information related to the ownership and location of works of art comes from the market.

According to 2016 statistics, 63% of the transactions conducted in the art market was done by Art Galleries and Art Dealers.

80% of these businesses are single operators with no employees. I work in this world and I can tell you that the most common form of record keeping used here is pen and paper.

These are not large businesses that have the resources or knowledge to adopt databases capable of long term record keeping.

The remaining 37% of the art market transactions are conducted by auction houses.

Of these transaction 60% are done by just 10 companies. I also work in the auction world and I can tell you that auction houses will be a little better in their record keeping but the industry is for the most part unregulated globally and there is no requirement for accuracy.

So while the art market is strong financially the art world as a whole suffers because of a lack of transparency and the disconnect that happens between artists and their works.

So how can we maintain that connection? What can be done to improve not just how the industry as a whole manages data and information but also do it in a way which protects the rights and interests of artists.

I believe it is time for the artworld to adopt a standardized method for artwork identification.

Globally unique IDs, have changed how many different industries work and arguably commerce as we have it today couldn’t exist without them.

Almost everything you buy has a bar code on it. Every single day millions of packages are shipped around the world each with a unique one of a kind tracking number.

I once had an artist say to me that the idea of putting a bar code on his artwork made him feel like barfing. The perception here being the bar code as a symbol of commercialization.

In order to get past this perception we need to look at how other industries use the concept of a globally unique ID.

The publishing industry for example has the ISBN or the International Standard Book Number.

The ISBN is a 10 to 13 digit number and is required before a book can be published and sold in traditional or online book stores.

The ISBN is also used to organize databases making it easy to find details on when and where a book was published and details regarding copyright or fair-use limitations.

Another example of how Unique IDs are used effectively can be seen in the automotive industry.

Every vehicle on the road today has a VIN number. A vehicle Identification number that is stamped on the vehicle before it leaves the factory.

Having that number makes vehicle insurance possible and several countries around the world have adopted systems which use the VIN number to track service and accident history. Protecting the consumer from fraud and providing framework to investigate and identify theft.

Adopting a globally unique id number for every work of art created can serve the same purposes. It could provide a definitive record on a work of arts origins and detailed information on copyright and reuse.

It would reduce the complication in identifying forgeries and reduce risk during the process of authentication and insurance.

Considering the fact that the art market is essentially a cottage industry with many small participants who individually lack resources. Introducing any kind of standard presents some challenges.

That’s why I believe the art world could learn a lesson from the tech world and embrace the concepts of the open-source model.

When open collaboration is embraced it enables small teams of people with limited resources to do great things.

Its through the use of open source technology that the fragmented supply chain of the art world could re-group and begin to openly collaborate on standardizations.

The building blocks are already there. For example many other industries have begun to adopt and invest in an open source technology called The blockchain.

The block chain is a decentralized ledger of digital events. A ledger which does not need a single organization function or remain accessible.

In the terms of gathering and permanently storing authoritative information about artwork.. The blockchain has remarkable potential and it’s something which many believe will have major transformative effects on all kinds of industries in the years to come.

Imagine a world where at the point of creation an artist records the initial pieces of provenance in a permanent record. A record that was unalterable and could be attached to the work of art yet exists digitally and independent of any individual, organization or government.

It would be the most authoritative piece of information that could ever exist on that work of art. It would become the pivotal block to which all other events of provenance could be associated. And provides a permanent link back to the point of creation regardless of the journey the artwork takes. It guarantees the artist at the very least a seat at the table.

Imagine a world where the work of any artist could be authenticated and attribution or credit can be given.

Imagine a world where the stories around a work of art’s influence can be more easily captured and preserved. Where people who come in contact with a work of art can add their stories to that permanent record.

Because this is where the real inspiration happens with art. It’s the one on one time you spend with it.

It’s that mural you walk past every day that for some reason makes monday mornings less monday’ish.

Or it’s that painting that’s hanging in your grandparents house that you instantly notice when entering the room and makes your imagination soar.

Art speaks to us on an individual level. It becomes a part of our lives regardless of our interest in having it do so.

And the work of any artist has the power to change the world even if it’s only ever seen by one person.